Devoted : The Story of a Father’s Love for his Son – Dick Hoyt

When I picked out the books I planned to read in the month of March, it really took me awhile to come up with books that were related to sports. Especially ones I would want to read! I started out thinking I wanted to read basketball related books for March Madness – I am happy I did not.

How did this book make the list? Well, lets go back several years. Do you remember the YouTube video that went viral regarding the Hoyt family? I didn’t really either. Until, one day in church, a video was played. The SAME video I had watched years ago while surfing Facebook. Was this a sign? I wasn’t sure at the time. I jotted down the two men’s names, and when I got home, did a google search on them. Come to find out, they have a book. And, now, here we are.

Let me just start out by staying how blessed I am. Here I am, sitting on my couch, not in a wheelchair, typing, and sharing how I feel and what I learn – effortlessly. If you have never heard of Rick and Dick Hoyt, let me give you a little background on them. Rick was born with cerebral palsy in 1962. For those who don’t want to do math, that makes Rick 56 today. Cerebral palsy wasn’t something a ton of people knew about or even what it was in 1962. What people did know, or thought, is that children born with disabilities were a burden. Doctors suggested that Rick and his wife actually give his son up. Have him live in a “home” for children with special needs and just forget about him. What. On. Earth. Parenting is tough, but a doctor telling you to just give up? WOW. We have come a long way.

While living in a wheelchair, Dick, Rick’s dad, did everything he could to try and normalize his life. He worked many hours so they could afford care around the house for Rick. By the time Rick was 11, he was fitted for a special computer that would enable him to communicate. Can you imagine that? 11 years of life with no verbal communication? All while your mind is fully functioning?! Rick was not allowed to attend public school because he was not able to do for himself. Later, Rick was able to attend public school. He even went on to graduate from college!

Then what? During a P.E. Class Rick notices there is a run coming up for a local fundraiser. He can’t wait to get home and ask his dad to run with him. Dick agrees to run. He has no idea how anything is going to workout since his son cannot physically run. So, he pushes him in his wheelchair and Rick nearly falls out….several times! But, guess what? Immediately upon returning home, Rick wants to hook up to his computer to talk to his dad. Can you guess what he said? “Dad that was the first time I felt like I was living.” Cue tears. Many of them. And, the rest is history. This father son duo is known for their many runs and then triathlons. Not only did he run MANY Boston Marathons, but he went on to do Ironman events in places like Hawaii. Not without complications though. Many events didn’t allow them to participate because Rick was not able to run on his own and didn’t have a qualifying time. Obstacle after obstacle, Dick NEVER gave up. Moral of the story, both his story and ours, you can have or do anything you want….as long as you never take NO for an answer! 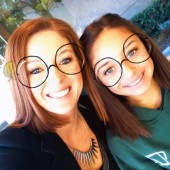 Hi! Welcome to Kim's Korner. So, this is where I tell you a little about me and all the fun we are going to have together. I am a Realtor and Recruiter....but my passion is people. Over the years I have read 100's of books and they have changed how I see my business, my life, and anything I may face. So, here I am , sharing this with you. Go, team, go. #ireadyougrow